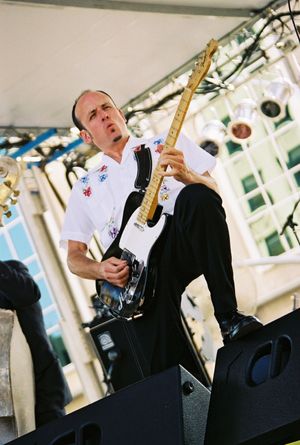 Jerry "Hot Rod" DeMink is an international performing artist who has spent many nights playing shows across the country and abroad. Hot Rod is a diverse guitarist with deep roots planted in the soul of America's home bred music. He has spent many years traveling and recording with Chicago Blues legend A.C. Reed and Americana icon Billy Bacon and the Forbidden Pigs. Those experiences helped to mold him into the dynamic entertainer that has been revealed through his various band projects.

With over 20 years as a professional performing artist, Hot Rod has managed to put himself in front of an array of diversified audiences through thousands of roadhouses, festivals, and jam sessions - as well as recording on numerous projects.

Driven by a passion that rises up from the depths of his soul, is a man who will even stand on his head while playing the guitar to express the love of his Creator. While excellence remains an important aspect, Hot Rod attains it with a grin and a wink.